Skip to content
Blog ( Engl ) From The World
Broj pregleda: 734

Faded, barely visible letters of tombstones, sculptures decorated with green moss. There are also visible, but impenetrable “streets” covered in shrubs, which defiantly keeps the ramshackle parts of the gravestones from curious views, destroyed during the Second World War…. It would be a brief description of this mysterious but also fascinating place.

It’s the St. Marx Cemetery, the only partially preserved cemetery in the world from the Biedermeier period, first mentioned in 1784, and in use until 1874. With more than 8,000 graves in 19th Century, today only 5,635 are preserved. This is the place where, among others, Joseph Madersperger (the sewing machine maker), Leopold Ernst (architect of St. Stephen’s Cathedral – Stephansdom), Jernej Kopitar and Vuk Stefanovic Karadzic found their peace.

However, the most famous and most visited is certainly the tomb of Wolfgang Amadeus Mozart. Interesting is the story of the funeral and the flow of circumstances that spread secrets around the grave of this giant: Mozart died on December 5, 1791. At that time, it was customary for the remains to be followed to the gate of the city, not to the cemetery itself.

The Mozart mortal remains were laid in a grave without a cross and without any symbols. According to some stories, the widow decided to visit the grave in 1808 or 1809, but since the groom himself died few months after the death of Mozart, the exact place of the tomb was not known.

However, 100 years after the death of Mozart, the then mayor of Vienna issued an order to “as accurately as possible” determine the tomb, and at that place still stands a monument. After the cessation of its use and its closure, the cemetery was not maintained for tens of years, so it became covered over time in shrubs and trees.

Among them, the most widespread are lilacs, so this place is most beautiful to visit when they are in flower. Today, the graveyard is a cultural heritage and is managed as a city park. Tombstones are restored, benches are there, and visitors are getting more and more..

How to get there:

The cemetery is located in the 3rd district of Vienna, Leberstrasse 6-8 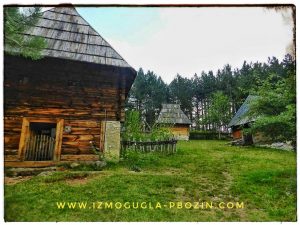